16,400 girls between 10 and 14 years old became mothers in public hospitals in Nicaragua, between 2006 and 2016, according to the Birth Database ofthe Ministry of Health (Minsa). This fact that becomes all the mor eworrying when a survey by the Ministry of the Family, Adolescents and Children (Mifan) indicated that at least 50 percent of pregnancies in girls and adolescents are the product of sexual violence. This is the main consequence, according to feminist organizations, of the complete criminalization of the abortion.

In 2017, research by the Nicaraguan Coordinator of NGOs that Works with Children and Adolescents (Codeni) revealed that forced maternity among girls under 14 years of age increased by 1,737. It also revealed that 24.7 percent of all pregnancies annually correspond to to women between 15 and 19 years old, data that places Nicaragua in the first place of adolescent pregnancy in Latin America.

This situation has been consistently denounced by feminist organizations as a serious violation of human rights and the integrity of girls and women. The Stateis «imposing» a maternity that they have not chosen, and as a result of a “traumatic event of sexualviolence’» this “could be considered as torture”.

«What happens when, for example, you are pregnant as a result of sexual violence, it is obvious that in this country you cannot choose to interrupt a pregnancy … not only do they force you to go through a situation of violence with impunity, but they also impose maternity on you and especially in girls under 14 years of age, which implies a tragedy for their lives and their families…in the end this is a question of human rights and with this restriction they are completely violating them”, denounces the feminist activist, Mayte Ochoa.

You can also read this: # 8M: 50% of public positions held by women, but without decision-making power

«I mean, the state forces women to do things they don’t want; to carry a pregnancy to term when they don’t want to; to carry the product of a violation in their bodies; to exercise a motherhood that they have not chosen, even to be at risk of losing their lives or suffering damage to their physical and emotional health, and that is torture,» adds María Teresa Blandón, sociologist, human rights defender and director of the Feminist Program La Corriente.

The Committee against Torture (CAT) has stated that a total ban on abortion can constitute torture or abuse and put women at risk of maternal mortality. In 2009 based on this argument, the CAT petitioned the State of Nicaragua to consider providing exceptions to the general prohibition of abortion for cases of therapeutic abortion and pregnancies resulting from rape or incest and to avoid penalizing medical professionals in the exercise of their professional responsibilities. But the only response has been silence.

The total criminalization of abortion, in accordance with articles 1, 2 and 16 of the Convention against Torture and Other Cruel, Inhuman or Degrading Treatment orPunishment, is a violation of the right of women not to be subjected to torture or ill-treatment. It forces Nicaraguan girls and women who wish to terminate a pregnancy to endanger their physical, mental and social well-being and to continue with pregnancies against their will.

“The State must respond to the rights of citizens without any type of discrimination. The Political Constitution says that women cannot be discriminated against because of our gender and with the criminalization of abortion this is violated to an extreme degree. Because they are penalizing us for a biological condition, which means that we are the ones who give birth, and breast feed. So it violates rights that are inherent and fundamental, without which other rights will lack any meaning or viability”, Blandón affirms.

Abortion as a public health problem

Abortion is considered by feminist organizations as a public health problem, because it is one of the leading causes of maternal deaths. Although recent data from theNicaraguan Ministry of Health (MINSA) does not registerany related cases in 2019 or 2020. In 2018, there were only five maternal deaths registered as due to pregnancies ended in abortions.

The figures are questioned by feminists who accuse the regime of Daniel Ortega and Rosario Murillo of » hiding the impact that the complete criminalization of abortion has on maternal death rates. This is why it has concealed information as a state secret or has not classified some maternal deaths as the result of abortions».

According to official figures, Nicaragua has seen a surprising reduction in maternal deaths, since 2006, when abortion was criminalized. Maternal deaths were estimated at 93 per 100,000 births. As of September 2020, 30 maternal deaths have been recorded through out the country.

In the National Health Map of Nicaragua, a total of 9,262 cases of «abortions» were recorded as causes of hospitalization for pregnant women in 2019. However, the official information does not detail whether these abortions were spontaneous or induced miscarriages, nor the ages of the women and whether they survived.

«Discharges from pregnancies that end in abortion may be due to some disease during pregnancy or a miscarriage. But what is there is under-registered because it’s most likely, that among these cases, there are situations of women that were complicated to manage as medically unsafe abortions. So these are inevitably partial or complete abortions” explains the health specialist, Dr. Carlos Hernandez of the Multidisciplinary Scientific Committee.

In Hernandez’s opinion, they are «real emergencies because the women area step away from death». In spite of this, the National Health Map in Nicaragua does not provide details about care in these cases, or take into account the multiple complications related to the «infections and hemorrhages» which are the main cause of maternal death according to MINSA.

For the gynecologist and obstetrician, Dr. Patricia Pérez, the absolute criminalization of abortion has resulted in women opting for «unsafe» methods, which increases the risks of «mortality due to infections, hemorrhages, tears or perforations of the uterus».

Dr. Perez points out that there are cases of women who, faced with the impossibility of accessing a public service where abortion can be performed safely, «proceed to insert wires, hangers or other objects into their intimate parts», as an extreme measure. This can cause a uterine perforation or hemorrhage and cause a maternal death.

In the long term, the gynecologist warns, a woman who has undergone an «unsafe» abortion and «also if she had any complications, may even have fertility problems and psychological after-effects.» In the case of minors, between 12 and 16 years old, the expert points out, the risk of an «unsafe» abortion is «higher», since the girls’ bodies are developing, and in these cases, the majority, if not all, are the result of being raped, which obviously already has serious psychological consequences.

Abortion as a political weapon

On October 26, 2006, the National Assembly repealed Article 165 of the Penal Code, which for 169 years guaranteed the right to therapeutic abortion in Nicaragua, with 52 votes infavor: 28 from the Sandinista National Liberation Front (FSLN); 18 of the Constitutionalist Liberal Party (PLC) and 6 of the Nicaraguan Liberal Alliance (ALN).

During these 14 years of criminalization of abortion, feminist organizations have introducedthe Supreme Court of Justice (CSJ), 38 appeals for unconstitutionality against Law 603–the law repealing Article 165 of the Criminal Code-published on 17 November 2006 in the Official Gazette. They have also lodged 72 partial appeals against Law 641 of the Criminal Code. To date, however, the President of the Supreme Court, Alba Luz Ramos, has not responded to these appeals.

«There is a brutal alliance against women. In 2006 it was originally promoted by the PLC [Constitutional Liberal Party] and several of its arguments related to the natural role of women, who have to be mothers. Some of the deputies mentioned that real women were made to give birth. Being in an electoral context turned this point into a strong debate involving all political forces», Ochoa recalls.

For her part, Blandón believes that «the underlying discourse of this strategy was intended to ingratiate politicians to the most conservative powers insociety and try toget their endorsement within the framework of an electoral process. They used women’s issues in the reproductive sphere to prevent potential adversaries from hindering their lust for power».

Five years ago, Rosario Flores was part of the Strategic Group for the Decriminalization of Therapeutic Abortion and promoted an initiative to decriminalize some causes of abortion, prioritizing the protection of women’s lives, rape and congenital malformations, but this didn’t thrive either. It was quickly thrown out, as evidently there are political interests» she laments.

In the current context, abortion has been mentioned by Rosario Murillo, spokeswoman for the current FSLN regime, who has told feminist organizations to go ahead and promote it and practice it. She even claimed that the issue of abortion should be part of the work of the Commissariats for Women, Children and Adolescents, something that feminists have criticized. They argue nevertheless that respect for the life and rights of girls and women «must be at the center of the changes demanded by the country».

«The conception we feminists have of democracy, is not outside the body. If democracy does not start from the body itself, it is not democracy. We cannot be free citizens if we do not have the capacity to decide on our own lives. Neither the state nor the church can impose their choices on people. We need politicians who are empathetic, who are respectful of the law, who truly recognize equal rights and opportunities as a value and who in the exercise [of their roles] are consistent with that democratic perspective, «says María Teresa Blandón, which admits that the struggle for the restitution of abortion «will be long».

The State of Nicaragua has also ignored the repeated recommendations by the United Nations Committees and the Human Rights Council calling for the revision of laws criminalizing abortion, in order to guarantee access to safe abortion services, «at least in cases where the health or life of women is at risk and where pregnancy is the result of sexual violence», in accordance with the international commitments of the State to protect the human rights of girls, adolescents and Nicaraguan women. 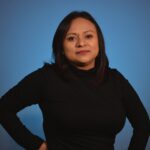 137 attacks against activists and defenders within five days

344 suicides in 2020: The highest figure in the last decade in Nicaragua