This March 8, International Women’s Day, La Lupa presents a list of eight Nicaraguan women who have overcome the gender barriers imposed in their path and who have stood out in different areas.

Amaya Coppens is a student leader and imprisoned twice by the Ortega Murillo dictatorship, she is also the winner of the Women of Courage 2020 award.

Francisca Ramírez (“Doña Chica”), the peasant leader and defender of the anti-channel struggle, exiled in Costa Rica since September 2018, after death threats and criminalization against her, in addition to the constant persecution in the field of the leaders of the Anti-Channel Movement.

Gioconda Belli, Nicaraguan poet and writer, author of the novel “The country of women”, winner of the Latin American Prize for Literature La Otra Orilla 2010.

Lottie Cunningham Wren, Miskitu lawyer and Nicaraguan activist for indigenous rights, one of the 4 winners of the “Right Livelihood Award 2020”, an international recognition that since 1980 pays tribute to brave agents of change from around the world. 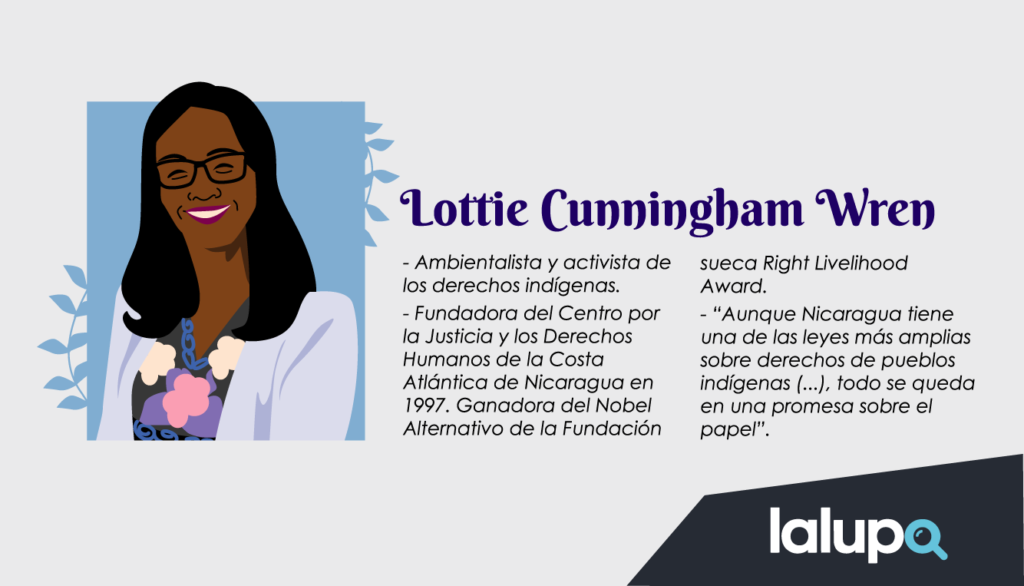 Can read: Women journalists continue to suffer attacks in the first quarter of 2021

Mirna Blandón, feminist leader and activist of the Nicaraguan Feminist Movement. She has been one of the critical voices against sexist violence and has been besieged by the Sandinista regime police.

Saira Williams, the first Nicaraguan Afro-indigenous woman, from the Autonomous Region of the Caribbean Coast of Nicaragua, who built a solid-fuel rocket, who participated in NASA’s SpaceApp Challenge. She has repeatedly stated that through her work she hopes to help girls and young women get involved in the space industry. 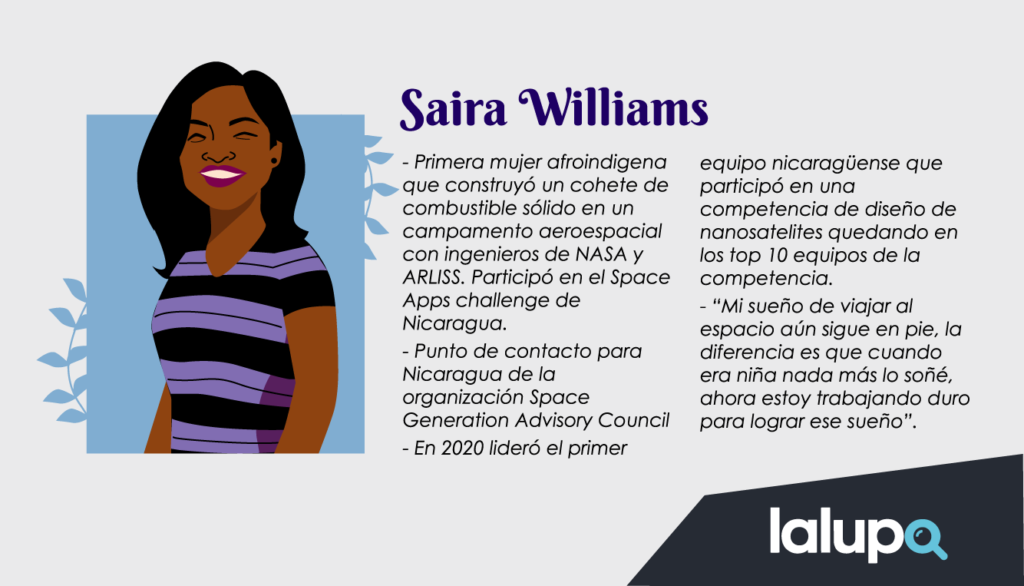 Sandra Ramos, founder of the Movement of Working and Unemployed Women “María Elena Cuadra”, founded in 1994. The feminist and former union leader has been known for raising her voice in defense of women.

Vilma Núñez de Escorcia, human rights defender, founder of the Nicaraguan Center for Human Rights (Cenidh), is one of the most critical voices against the regime of Daniel Ortega and Rosario Murillo.

# 8M: 50% of public positions held by women, but without decision-making power

Human Rights: Four sieges a day against opponents in Nicaragua