2020 was marked by a systematic repression and intensification of the persecution against opponents by the regime of Daniel Ortega and Rosario Murillo, that according to the Human Rights Collective, Never Again, seeks to “impose a de facto state of exception and denial of rights” through the use of three armed forces “Police, Army and parastatal forces that have carried out bloody raids since the protests of April 2018”.

While rights organizations prepare to provide their annual report on human rights violations in 2020 in Nicaragua, the data revealed by the Blue and White Monitoring, and the Violeta Barrios de Chamorro Foundation give us a dimension of the situation: four sieges per day against opponents and a violation of press freedom every 30 hours are just some of the violations included in their 2020 reports. The number of rights denied to the population is greater.

La Lupa identified seven human rights violations that persist, and on which Human Rights organizations fear they will aggravate in an electoral year in which the Ortega -Murillo regime has shown “not to be willing to leave power by a peaceful way”.

On October 27, 2020, the National Assembly, dominated by the Sandinista National Liberation Front (FSLN), approved the Special Cybercrime Law, baptized by the opposition and independent media as the Gag Law, which punishes people and entities that the regime of Daniel Ortega and Rosario Murillo, consider “spread false news” on social networks or the media.

With the arrival of the coronavirus pandemic in Nicaragua, the secrecy of the authorities prevailed in the face of the complaints from the family of those killed by COVID-19, facts disseminated by independent media whom the regime’s spokesperson, Rosario Murillo, accused, in her daily speech on official channels to spread false news and generate suspicion among the population. The Cybercrime Law was approved with 70 votes in favor of FSLN deputies.

Guillermo Medrano, coordinator of the FVBCh’s Human Rights Program, indicated that the official policy has been to “punish the media that do not submit to the official narrative”, and although 70 journalists went into exile as a result of the socio-political crisis, at least 27 new digital portals have emerged inside and outside the country. An attack against independent press was committed every 30 hours, and at least six journalists were taken to court.

On October 15, Daniel Ortega’s regime approved the first law – of a trident – designated to be used “selectively against opponents.” The Law for the Regulation of Foreign Agents, which intends to control the financing that natural or legal persons receive from international organizations, to register at the Ministry of the Interior as a “foreign agent”, suspends their political rights and authorizes confiscations of assets.

Article one of the Law state that: “is to establish a legal regulatory framework applicable to natural or legal persons, nationals or of another nationality that respond to interests and obtain foreign financing, use these resources to carry out activities that derive in interference of foreign governments, organizations or individuals in the internal and external affairs of Nicaragua”.

The regime of Daniel Ortega and Rosario Murillo has maintained an official narrative in which it accuses of “interference” and of plotting a “coup” against the population that participated in the civic protests of April 2018, which resulted in 328 murdered at the hands of police and para-police, of whom not one has obtained justice.

On November 10, the National Assembly approved in the first legislature the constitutional reform that establishes the life imprisonment in the country, which would be implemented this January. The well-known life imprisonment Law is an adhesion to article 37 of the Political Constitution, which establishes a maximum of thirty years of sentence.

The law was an order from the regime to punish, according to them, those who commit hate crimes in the country, using femicides as an argument. However, human rights defenders, lawyers and opponents allege that it is a punishment that will be applied against those who dare to speak out against the regime.

The trident of laws threatens not only opposition but also the freedom of association of civil organizations, which have been stripped of their legal status and confiscated as a result of the protests, as well as freedom of expression and press.

The repressive finishing touch with which the regime closed 2020 was the Law for the Defense of the Rights of the People to Independence, Sovereignty and Self-determination for Peace, approved in an extraordinary session of the National Assembly on December 21.

Article 1 of the initiative has the effect of prohibiting Nicaraguans, who in the opinion of the authorities, “lead or finance a coup”, “promote terrorist acts”, “incite foreign injection into internal affairs”, “organize with financing from foreign powers to carry out acts of terrorism and destabilization”, “exalt and applaud sanctions against the State of Nicaragua and its citizens”, among others.

The Inter-American Commission on Human Rights (IACHR) ruled in this respect and demanded its repeal, expressing concern “that the law approved would disproportionately limit the political rights enshrined in the American Convention,” since “it does not require procedures or competent authorities for their determination. (…) And it results in a serious risk of discretionary and arbitrary application of the provisions (…) it would violate the political rights of the people opposed to the current Government”.

Starting in January 2021, Ortega will have just five months to guide the electoral reforms demanded by the opposition and international governments to guarantee free and transparent elections in 2021. The resolution approved by the Organization of American States (OAS) for reforms, May 2021.

The Blocking free movement has been one of the measures applied by the Ortega Police as a way to stop any hint of insurgency by opposition citizens or organized groups.

In September 2020, Nicaraguan Human Rights Collective Never Again (NHRCNA) was when the political prisoners, human rights defenders, political activists, and the family of the murdered experienced a “permanent siege” and “police harassment”, in addition “the structuring meetings of the political opposition, National Coalition Organization, were prohibited by the regime” which caused an increase in sieges.

Members of the Blue and White National Unit (UNAB), the political activists Félix Maradiaga and Juan Sebastian Chamorro, as well as self-convened recognized in Nicaragua such as Mrs. Flor Ramírez, Lenin Salablanca and Tania Múñoz, the social activist Karelia de la Vega, the TikToker Kevin Monzón were some of the most recognized victims who lived a constant siege throughout 2020.

“The State using parapolice agents or armed civilian state agents along with the National Police to threaten and attack citizens to intimidate,” denounced the Human Rights Collective Nicaragua Never Again in its most recent Bulletin No: 9: Deterioration of Human Rights in Nicaragua.

According to the Blue and White Monitoring, in 2020 there were 1,797 harassment against opponents, up to 294 reports per month were registered.

Since March 18, 2020, when the first case of coronavirus was made official, the Ministry of Health (Minsa) has maintained a hermetic policy regarding the management of the COVID-19 pandemic. Up to date it is unknown how many molecular tests have been performed; how many were positive; how many were infected and how many died.

In May, MINSA, which in the first months provided confusing and limited reports, went to extremes to only offer the total amount of data in press conferences for official media, without the right to reply, so the number of hospitalized, the geographical location and the behavior of the contagion curve is not known.

According to official figures until January 12, 2021, the Ministry of Health had confirmed 6,155 cases and 167 deaths. However, the Covid-19 Citizen Observatory, which maintains a parallel registry, and confirms the data through contact networks, raises infections to 12,114 and deaths to 2,890 deaths until January 6, 2021. Epidemiologists have indicated that in There is a great under-registration in the country because many people avoided going to the hospital and were cared for at home.

The Ortega regime managed to get international organizations to approve loans to face the health emergency. In total, it has 248.3 million dollars to face COVID-19, provided by the International Monetary Fund (IMF), the Inter-American Development Bank (IDB) and the World Bank (WB). However, a country strategy for the pandemic was not presented, and rather, agglomeration activities were encouraged to facilitate the risk of contagion.

The Citizen Observatory of covid-19 indicates in its records that at least the 112 dead citizens had been reported with the health personnel. Independent doctors warned of a safe outbreak of covid-19, however, the health authorities have not decreed measures for the population that has relaxed prevention measures.

Contrary to other countries, which protected their citizens stranded around the world against the pandemic, the regime of Daniel Ortega and Rosario Murillo in Nicaragua closed the doors to a group of more than 400 citizens, who were returning from Costa Rica, under the argument of not presenting a negative result of the molecular test of covid-19.

The Nicaraguans will be stranded at the Peñas Blancas border post for 15 days. Sun, rain, thirst, hunger and the total lack of conditions at the border post made a dent in the people who returned to their country due to unemployment in Costa Rica, as an effect of the pandemic.

The fact was denounced in national and international media, and in view of the health emergency, three civil organizations and a private hospital in Costa Rica carried out a COVID-19 test on the more than 400 Nicaraguans who were stranded at the Peñas Blancas border post., being able to return to the country.

While the spokeswoman for the regime, Rosario Murillo announces the reopening of the Police Stations for Women, Children and Adolescents, a fact questioned by feminist organizations, the number of femicides continues to increase.

Catholics for the Right to Decide (CRD) counted in 2020 a total of 71 femicides to close a decade with 629 sexist crimes, which left 614 children orphaned. The organization denounces the promotion of impunity by the State, and ensures that the total number of femicides in 2020 only 20 have been convicted. They fear that they may be set free in the face of the massive releases carried out by the regime of common prisoners, of which the figure reaches more than 20,000.

Impunity in cases of violence against women was reflected in a phenomenon that in April 2020 overwhelmed social medias, from where at least 100 complaints of sexual violence against citizens and well-known public figures were viralized, but according to the blog ¨The space¨ denounces most of the cases that have not been registered with the Ortega Police, as they allege a lack of trust in the institution.

Feminist organizations denounced the increase in sexist violence in all its forms in the face of constant repression, the siege, the pandemic, and a breakdown of the social order in Nicaragua, in which the State promotes impunity in cases that attempt against the people’s lives, which has worsened for three years.

The demand for the release of prisoners of conscience is constant, however, the Ortega regime keeps more than 106 people imprisoned for exercising their right to peaceful protest. The latest report of the Inter-American Commission on Human Rights, details that at least 1,614 people have been imprisoned since April 2018.

The family of the political prisoners, during the month of December, continued their demand for the freedom of political prisoners at Christmas, but there was no answer. While their families endure the police siege on the outskirts of their homes. The inmates have gone on hunger strikes so that their demands are heard.

After almost a year of not exercising the right to protest and mobilization, the young Sergio Beteta, an ex-UNAN entrenched, starred in an express picket outside the Central American University (UCA) that resulted in a violent detention by the Orteguista Police, and in the opening of a judicial process for the crime of drug trafficking, psychotropics and other controlled substances and illegal possession of weapons, while he is arbitrarily detained. 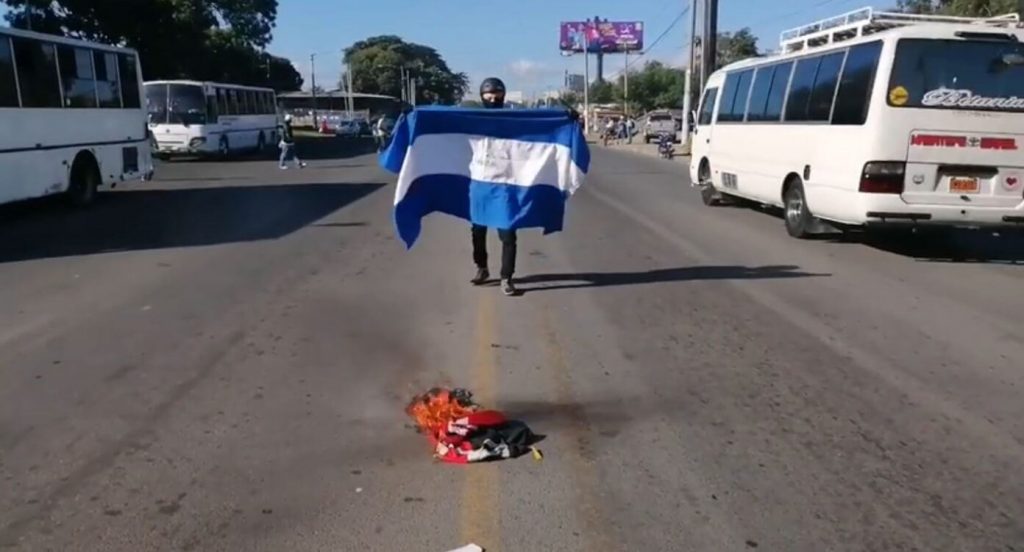 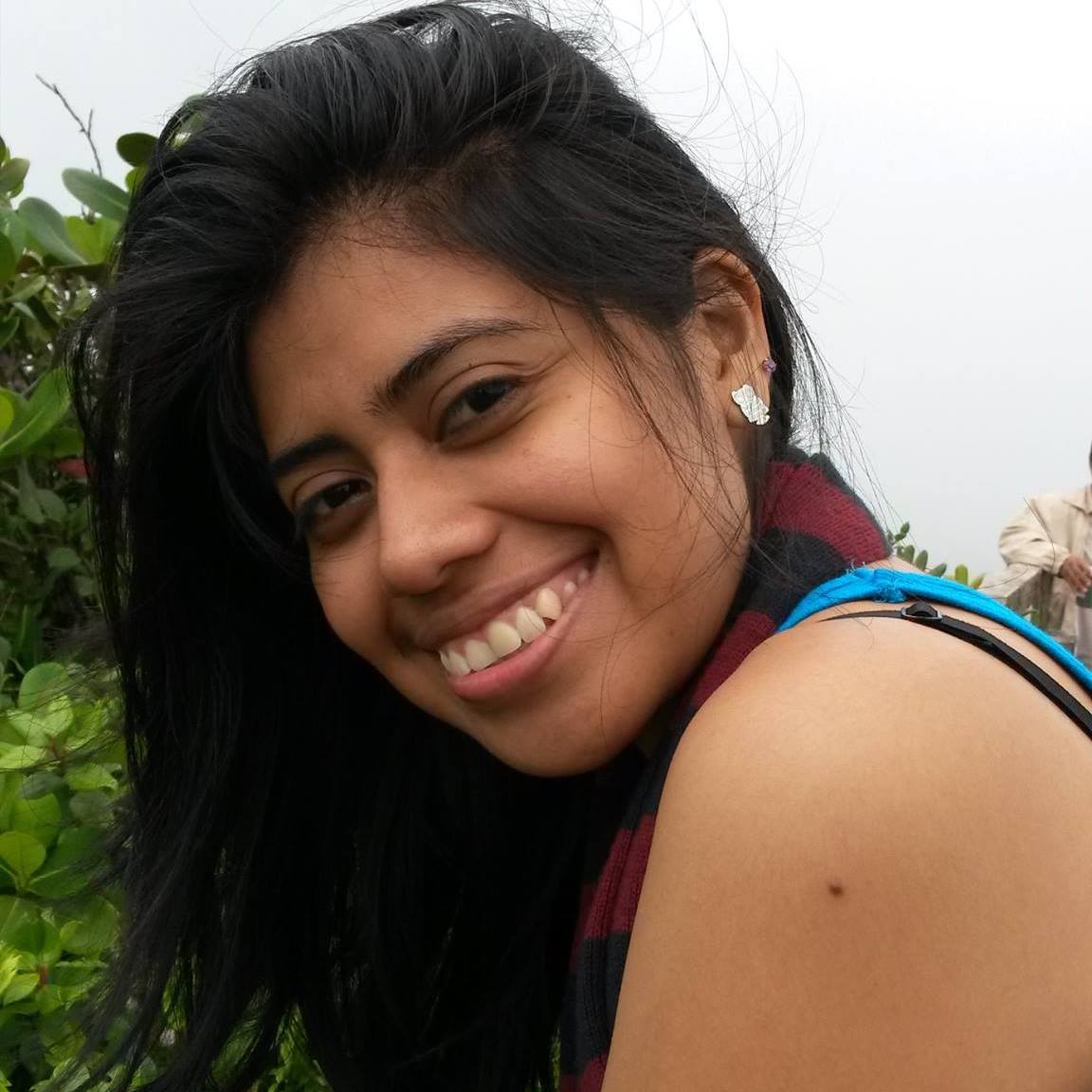